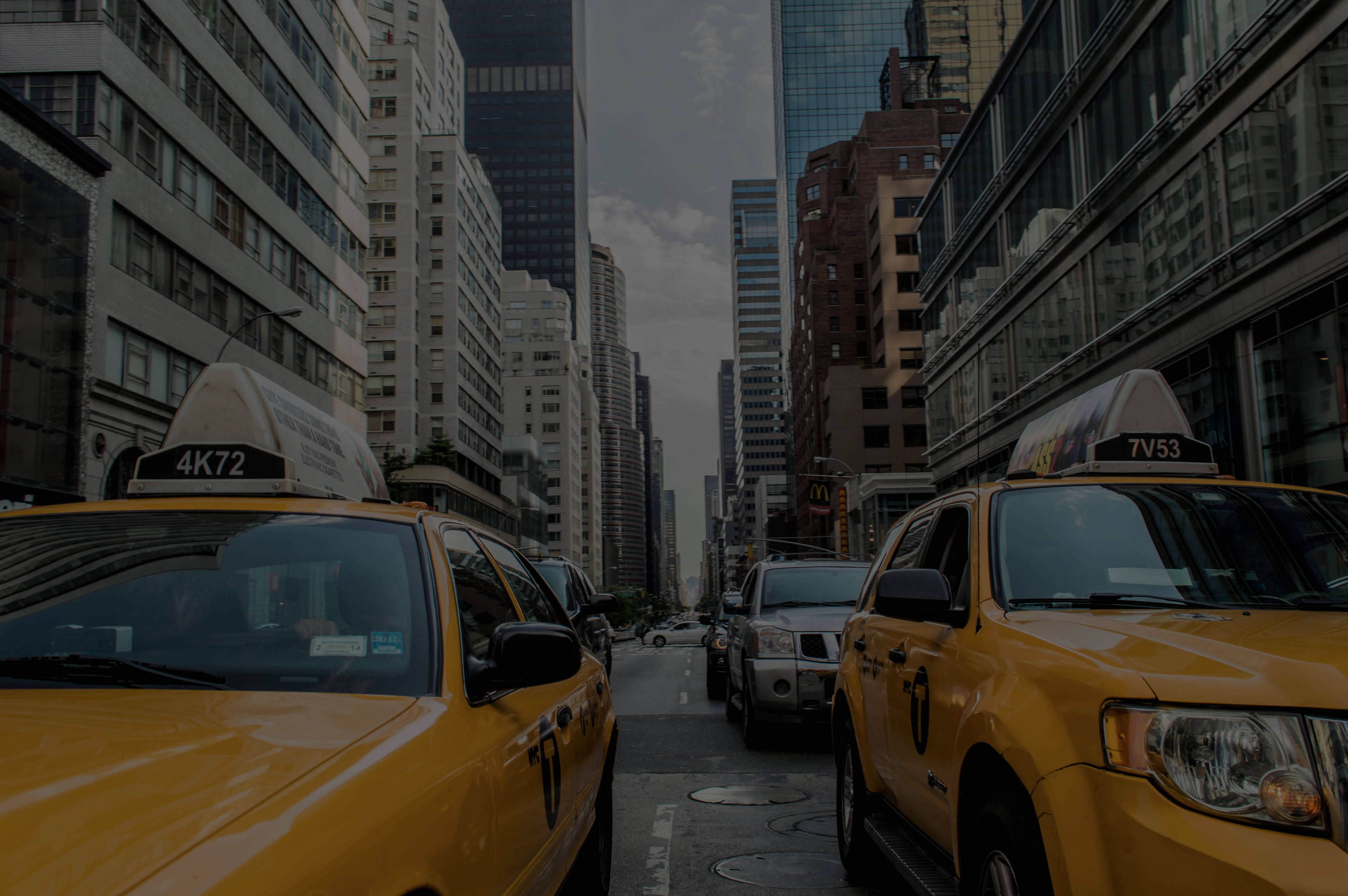 We have a wide variety of products that we can help you with your advertising needs.  These unique products create fun and effective campaigns. 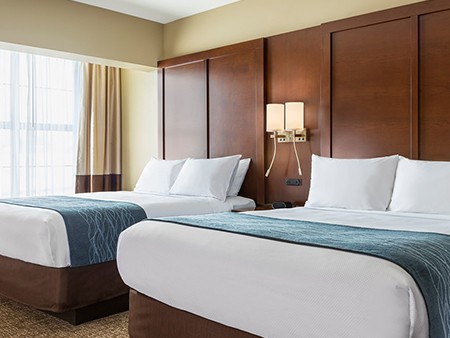 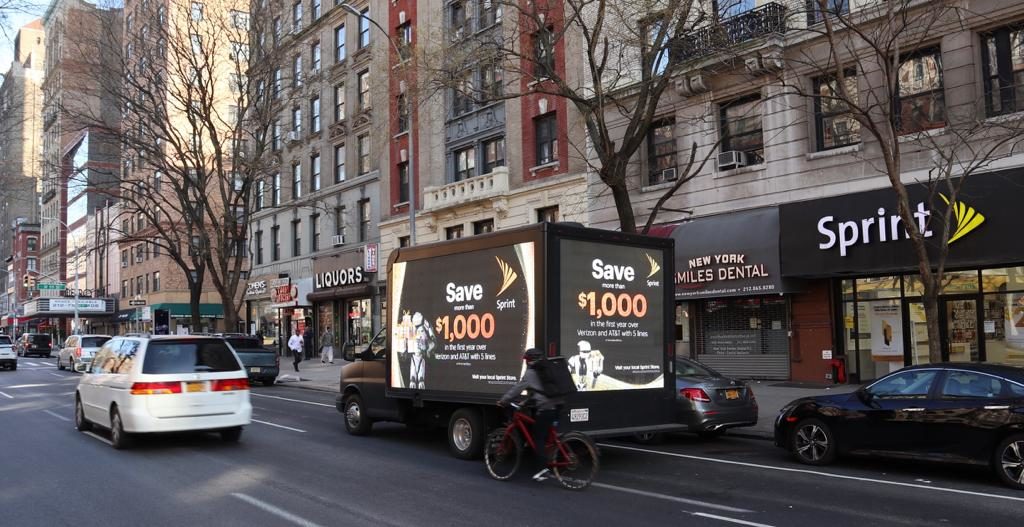 Mobile Billboard advertising provides coverage in areas where tradition billboards and other outdoor advertising may be limited or non-existent. Our mobile billboard trucks provide brand exclusivity, 100% SOV and 3-sided panels for maximum exposure. 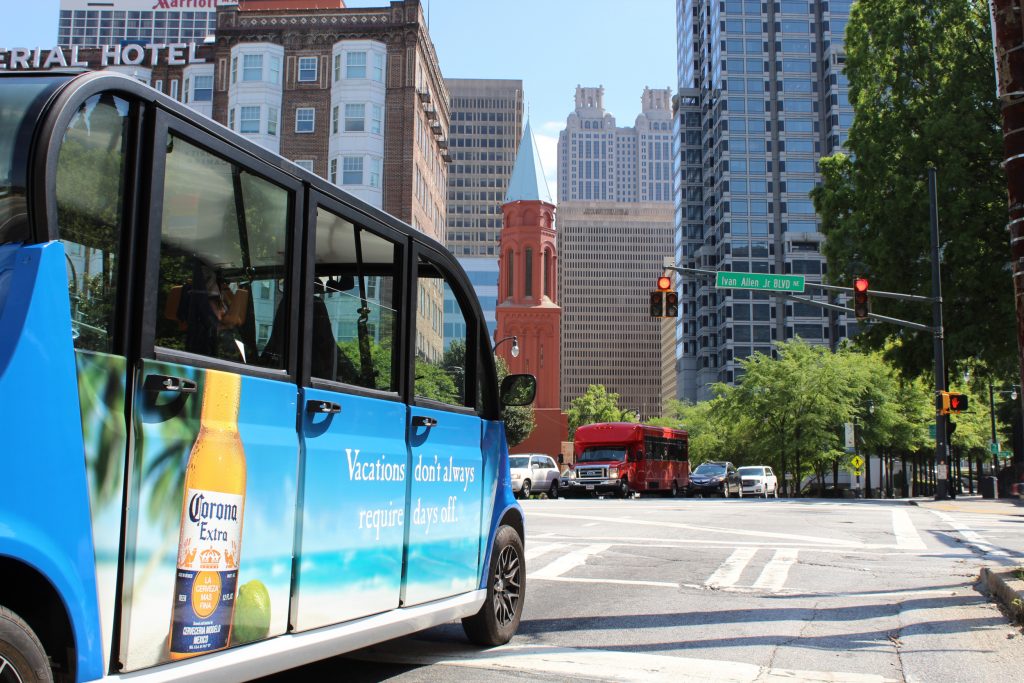 These electric cars act as mobile billboards. They operate primarily in downtown areas and popular parts of town capturing the attention of crowds and passersby. Shuttle wraps do a great job representing a brand, provide unique coverage and high visibility. Vehicles can also be used for sampling, swag giveaways or event integration.

Taxi cab and Rideshare advertising is a cost-effective medium that provides broad reach and exposure. Taxi and Uber/Lyft ads and are a great alternative to bus stop or bus shelter ads and, taxi cabs cover entire Metropolitan areas. 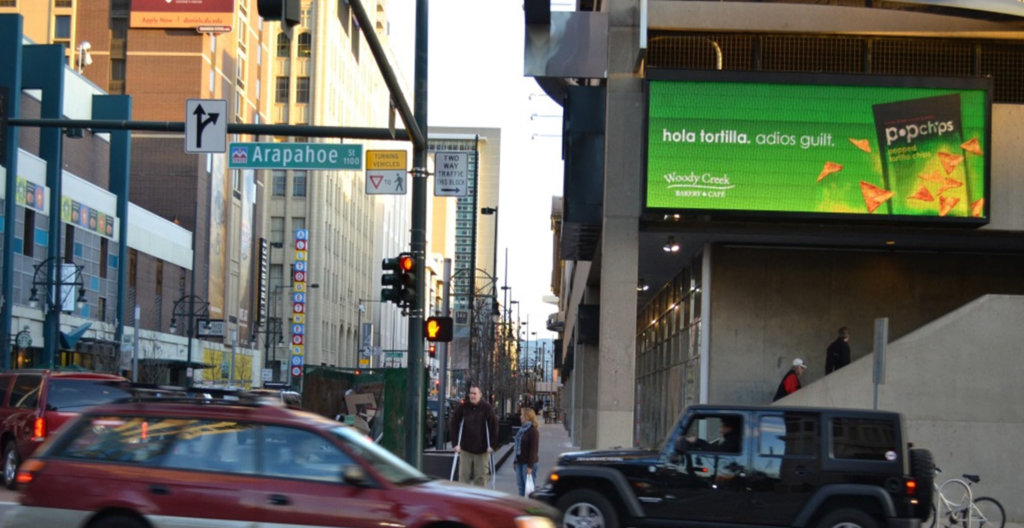 Times Square Billboard Advertising leaves a permanent impression on all pedestrian and vehicular traffic that comes in its path. Ad Focus offers state of the art digital advertising in Times Square, the #1 American Tourist Destination. Ad Focus’ Billboard will have your ad towering over the masses. The bright beacon will showcase your content in static or full-motion, high-resolution, digital displays. This offers a dominating platform for your message.

The “Bowtie” of Times Square refers to 41st to 47th Street, along Broadway and Seventh Avenue. As Broadway cuts across 7th and continues its trip north on the opposite side of the avenue, these few blocks form what looks like, from above, a giant bow tie. In the heart of the Bowtie, our state-of-the art unit broadcasts your message above this popular pedestrian location and will generate almost a half-million impressions daily.

An unbelievable destination and “footprint” for branding on a global scale, Times Square is the ultimate place to run your digital ad. Ad Focus’ Digital Billboard is more than 3x times the size of a standard billboard. The screen is visible to commuters coming from one of the busiest transit stations on the planet and to pedestrians in Times Square. 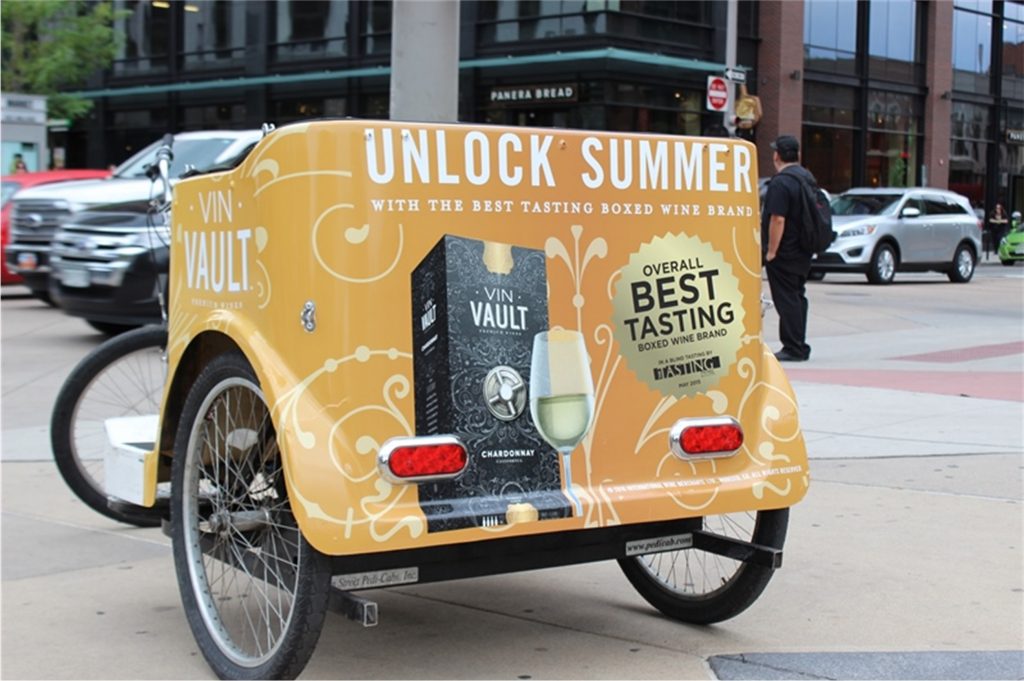 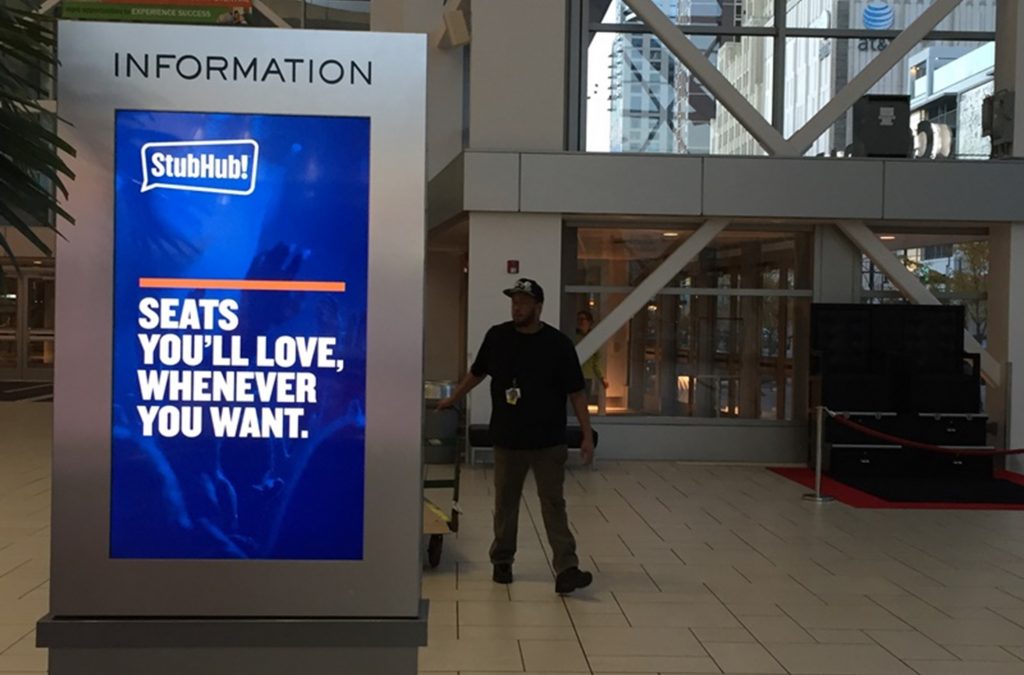 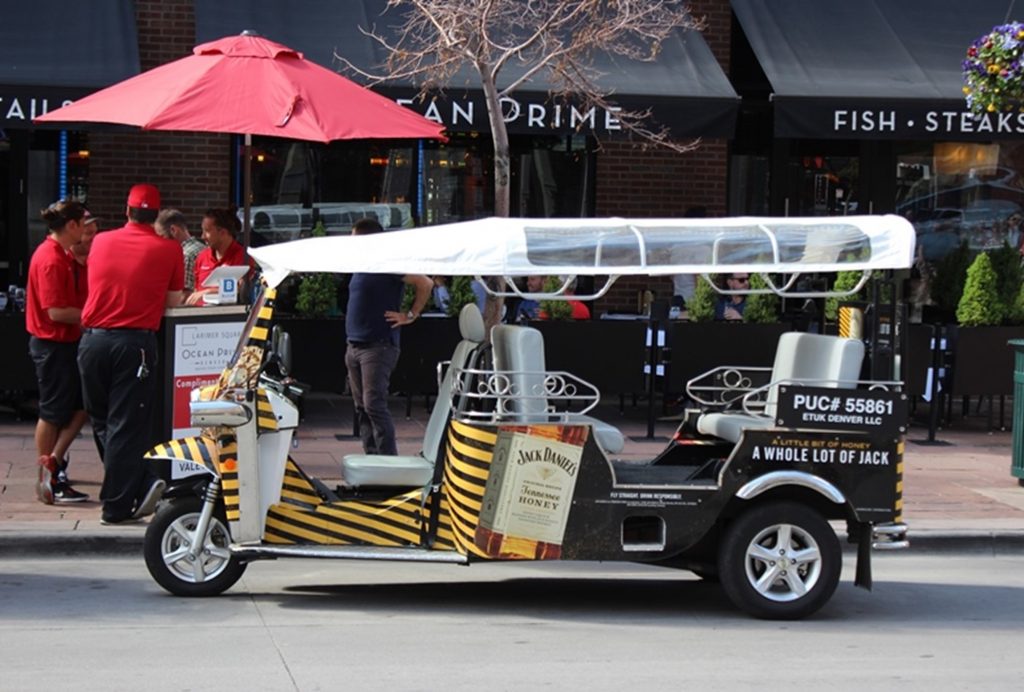 These electric vehicles turn heads as they roll down the road. When people see a Tuk Tuk or ride in one they find them so unique that they find themselves taking pictures which maybe times involve the eye-catching vehicle wraps. 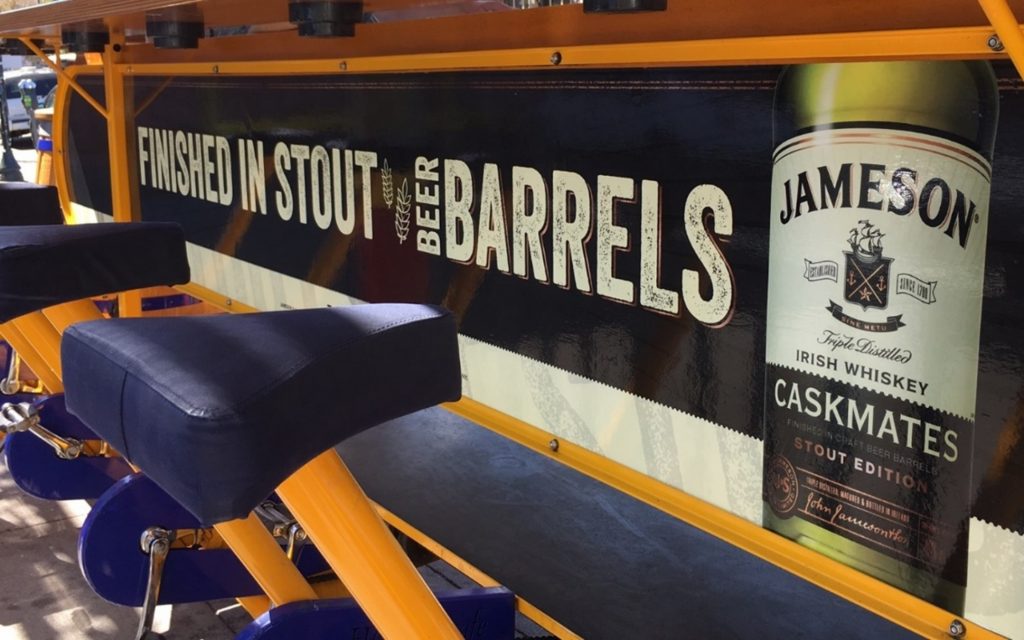 Party Bike, Pedal Pub, Pedal Tavern and Party Buses – Advertising on one of these party-powered vehicles is a great way for brands and businesses to get their message in front of consumers directly. Advertisers can also use party bikes and party buses for additional marketing opportunities via swag giveaways, online promotions, or contesting tied into the ad campaign. These bikes meet the needs of advertisers who want to reach consumers around bars, restaurants, and popular downtown areas.