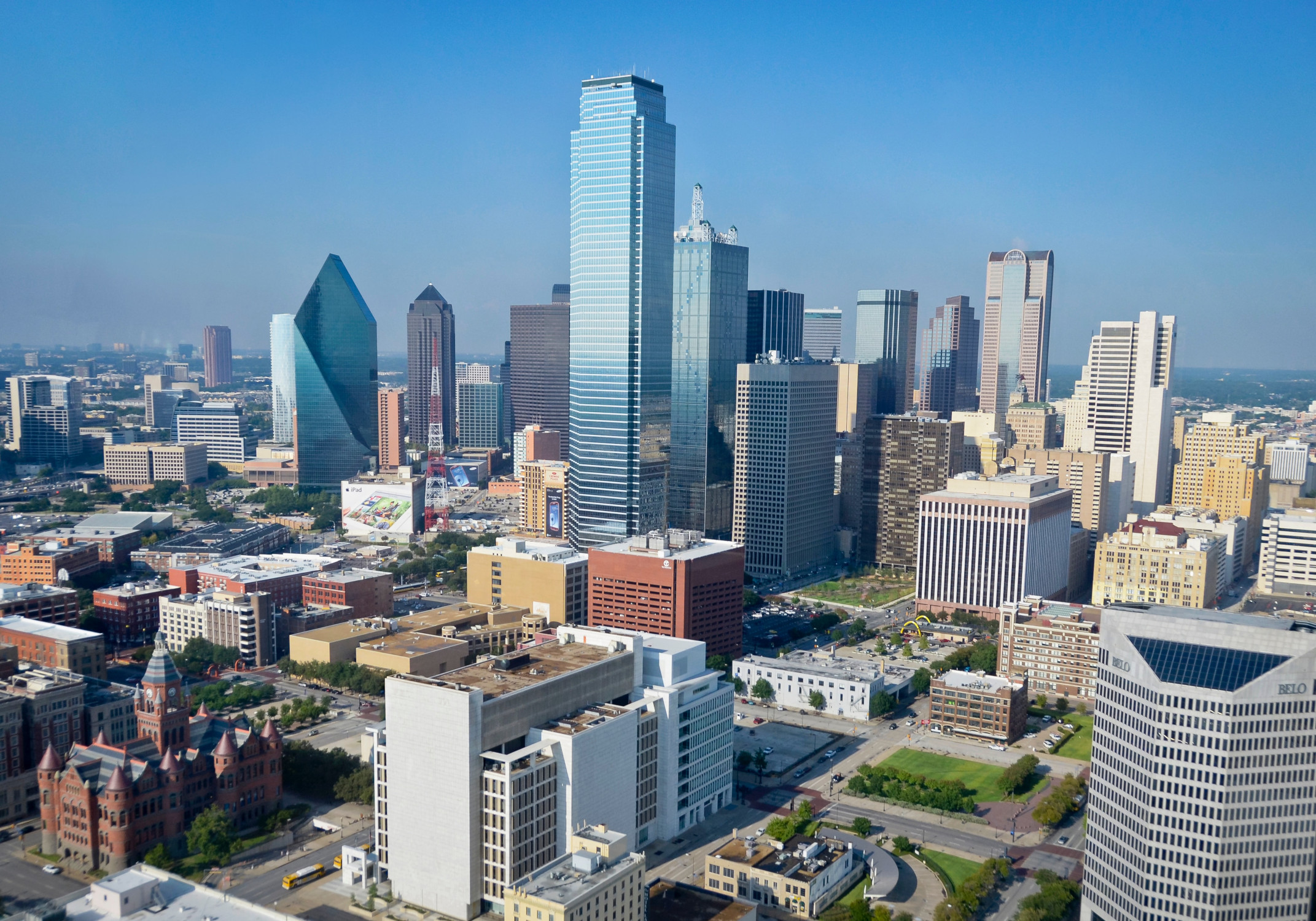 From the Dallas Cowboys and their cheerleaders to the iconic television show Dallas (who shot J.R. Ewing?) Dallas remains the number one destination in Texas. Dallas is the main core of the largest metropolitan area in the Southern United States and the largest inland metropolitan area in the U.S. without any navigable connection to the sea. It is also the fourth-largest metro area in the country with 7.5 million people as of 2018.

Initially developed due to the construction of major railroad lines in order to provide access to cotton, cattle and oil, Dallas gained prominence as a transportation hub, after construction of the Interstate Highway System with four major highways converging in the city and a fifth interstate loop around it. Dallas then developed as a strong industrial and financial center due to the convergence of major railroad lines, interstate highways and the construction of Dallas/Fort Worth International Airport – one of the largest and busiest airports in the world.

We offer outdoor advertising products that do a great job covering the high-density areas and popular attractions across Dallas, TX.

Historically, Dallas is infamous for the assassination of President John F. Kennedy who was shot as he rode in a motorcade through the downtown area in 1963. The John F. Kennedy Memorial Plaza is near the spot where that president was assassinated. The Sixth Floor Museum documents the assassination and legacy, of the beloved former President housing many facts about his tragic death as well as covering his early life and presidential policies.

Today, Dallas is a cosmopolitan city known for its high concentration of restaurants and shopping centers. Skyscrapers, such as Bank of America Plaza and Reunion Tower, create a stunning night skyline.

Dallas is also home the big four sports teams including the Dallas Cowboys (NFL) and Texas Rangers (MLB) with American Airlines Center being home to both the Dallas Mavericks (NBA) and Dallas Stars (NHL) as well as being used for concerts and other events.
In Dallas, bigger is better and we offer large format digital mobile billboards that provide big exposure and bigger impressions. Contact Ad Focus today for more info.